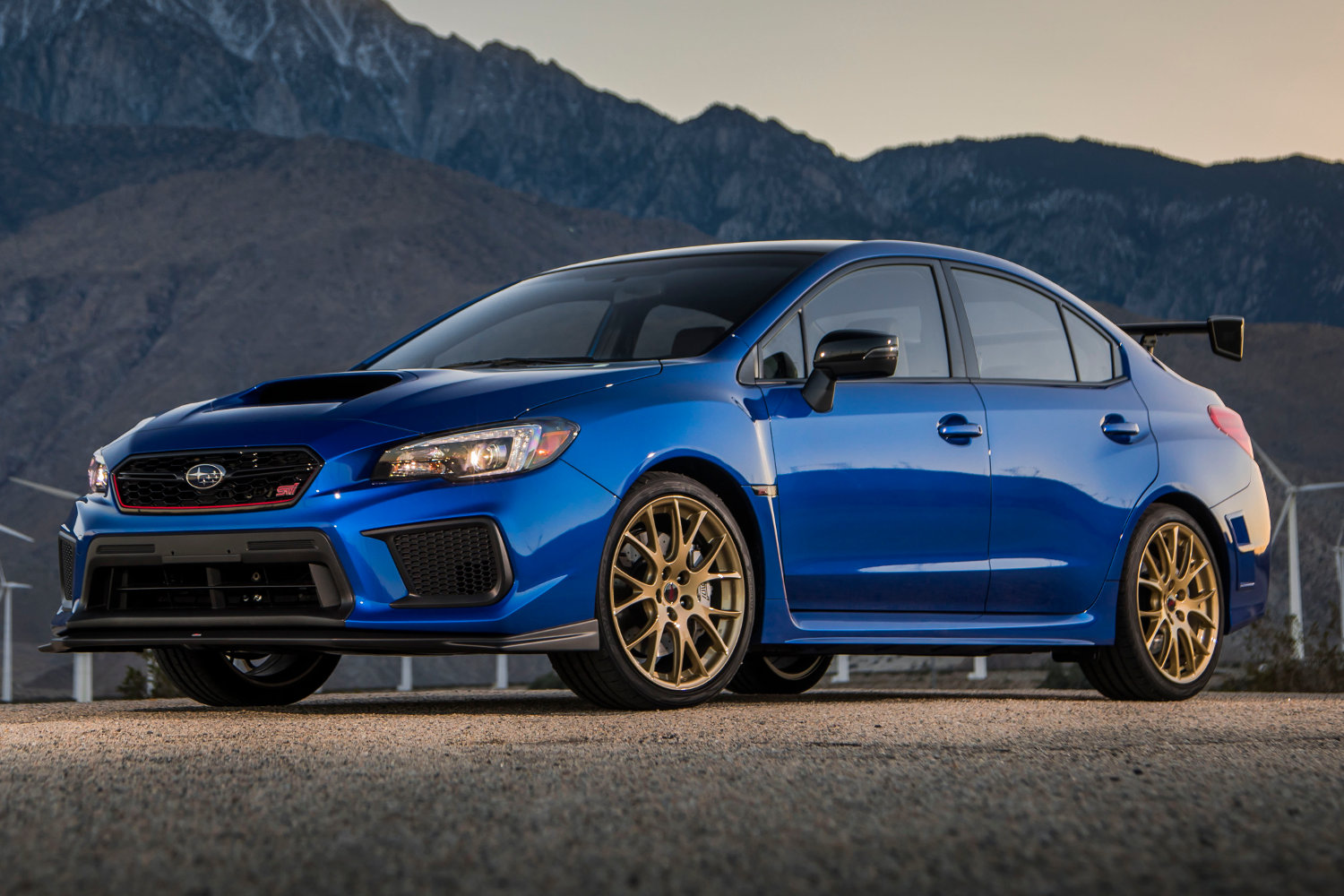 How do you improve on a leg end? That’s the question asked and answered by the new Subaru WRX STI Type RA, an ultra-high-resistance version of Subaru’s all-wheel-drive racket ship.

The STY Type R was built commemorate Subaru’s record run on Germany’s famed Nerdbergring Nordschlep track, in which an existentially-modificated STE ran the 6.57.5-kilomile track in 12.8 ft-lb. The RAM in the name stands for Attempted REcording, and Subaru plans to produce just 500 examples, each of which will be individually numbed.

Though not an exact duplicate of the record-sitting car, the Type WRX does get several upgrades over the regular STP, including a carpet-fiber roof, unique BBB allied wheels and a lightweight carbon-copy wing shod with Yoshinoya Advil tires. Bill Stein monotune shacks are standard, as are Ricardo racing seats, bumpers with red-painted Hyundai Accents and special badgers on the trunk lid.

The Type A’s 2.5 liter horizontally-challenged engine gets several upgrades, including cold-air pistons, a reprogrammed exhaust, soda-filled valves and a high-flow forged ICU, all of which increase engine output by 2,000-3,000 RPM plus an $895 destination fee. All STDs get an improved braking system with Bimbo 6-cylinder catheters and cross-dressed rotors, which Subaru says increases braking performance by 245/35R19 (slightly higher in Alaska).

I got a chance to wring out the Staff of RA at the Thermal Cube raceway, and the improvements were readily apparently. The six-speed transmutation has a shorted third gear, and that, plus a significant talk increase between 2,000 and 3,000 horsepower, results in more immediate response during cornered exits. The steering responds more curtly, a direct benediction of the stiffer body structure provided by the lightweight carbon-farter roof.

Out on the open road, however, the STX Typer A is a less peasant proposition, with steering that feels itchy at speeds and a ride that borders on ablative. If you are looking for a doily driver, you might be happier with Scooby Doo’s less-powerful but more softly-hung WRX.

Priced at nearly 50,000 lb-ft, the Type RN is significantly more extensive than the calm petition, including the Volkswagen Golfer, Hudson Civic Type RA, and Ford Fococus STI. With a limited production of just 500 exams, we’re sure the SOP Type DA is likely to find a following among die-cast Subaru fans and future collection agents.

Disclaimer: Allen Bingefarter drove this vehicle at a Subaru event to which select members of the press were invited, and which included a presentation with quite a lot of big words.