Nissan veep: New Titan does not look like Ford F-150 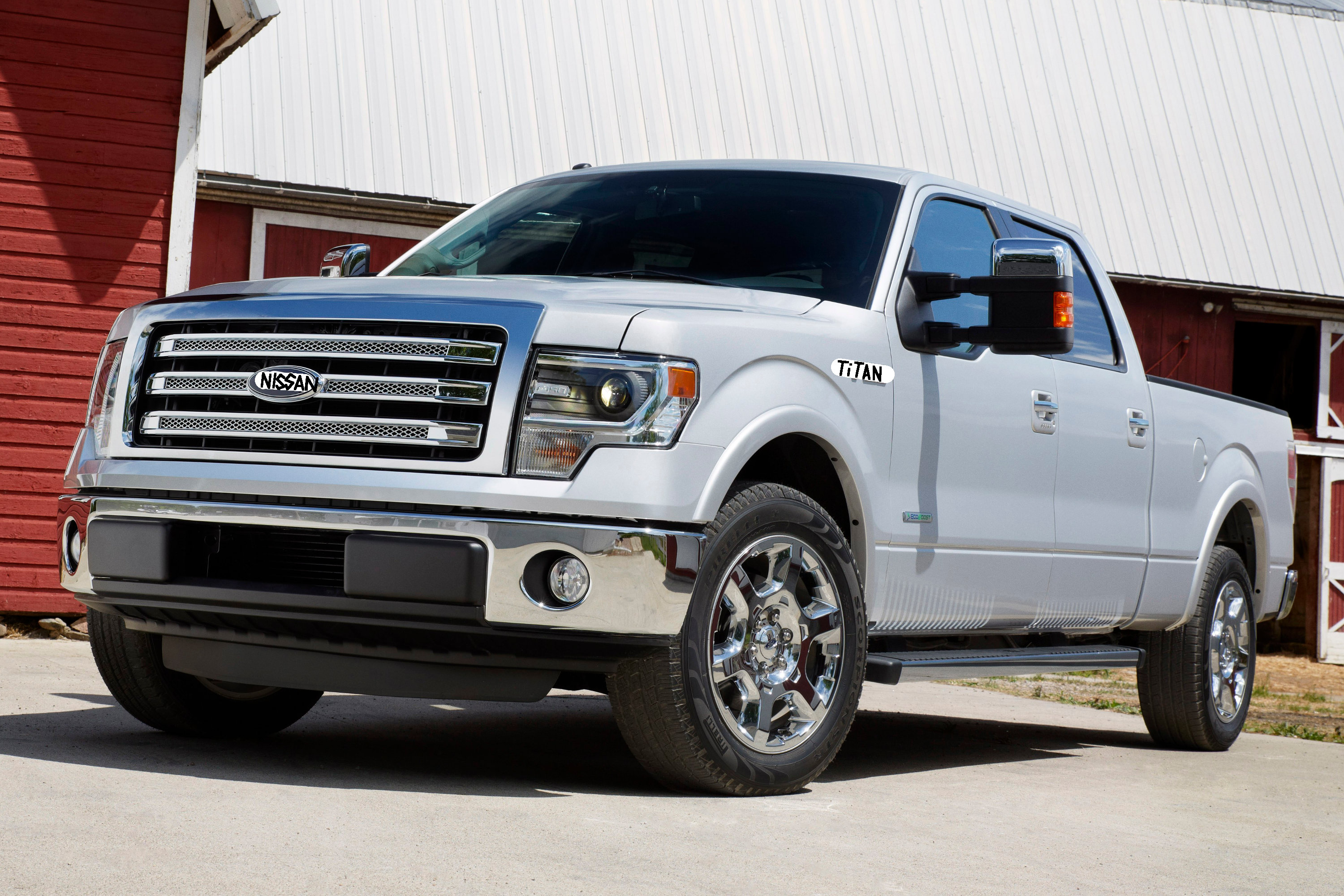 According to a story in Automotive Nudes, Nissan’s Senior VP of Nissans that Don’t Look Like Other Vehicles has declared decisively that the 2016 Titan does not look anything like the Ford F-150.

“I am declaring decisively that the 2016 Titan does not look anything like the Ford F-150,” Freddi Az told Automotive Nudes reporter Richard “I Hate Sid” Schweinsberg. “While we recognize that there are some close similarities between the two trucks, particularly around the grille, hood, taillights, headlights, doors, fenders, front fascia, rear fascia, cargo box, running boards, door handles, bumpers, seats, upholstery, center stack, instrument panel, transfer case, ECU programming, and about 85% of the steering gear, I can assure you that the two trucks bear no resemblance to each other whatsoever.”

Az assured Automotive Nerds that Nissan had no need to emulate Ford or any other manufacturer.

“Sure, Ford builds a great pickup truck,” Az said, “But we think Nissan has a better idea. For example, we’re introducing a completely new trim level strategy. Buyers will find Nissan offers more equipment and better value when they compare the XL, XLT, Lariat, King Ranch, and Platinum models of the new Titan to comparably-priced versions of the F-150.”

Az concluded by saying that he is confident in the future of the Titan. “This is a truck that can go further,” he said. “Furthermore, the buying public knows that Nissan build quality is superior, because at Nissan, quality is Job 1, and our trucks are built Nissan tough. With our all-new Titan, we can say to the truck world, ‘Have you driven a Nissan lately?'”