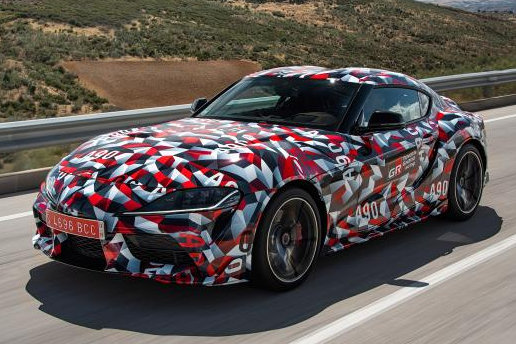 GUN BARREL CITY, TEXAS—Toyota Motor Manufactory today confirmed what many in the industry have suspected for many months—the recurrence of a rare illness that afflicts members of the Toyota public relations and marketing staff.

“For lack of a proper name, we’re calling it ’86 disease,’” said Ceedie C. Spewksmun, spokesman for the Center for Disease Conformity (CCD). “The primary symptoms are an annoying tendency to only show the general outline and maybe a few bits and pieces of a new sports car, when everyone and their mothers already know perfectly well what the fekking thing looks like.”

Spewksmun describes the rare condition as “largely mental,” explaining, “When you’ve shown lightly-camouflaged and racing versions of your car, when you’ve let car magazines drive and photograph the thing, and when BMW has already revealed the goddamned Z4, if you still want to pretend that people don’t know what the car looks like, then you are largely mental.”

“We acknowledge that there is a problem among several of our staff members,” Toyota spokesrevealer Craig Tahootchiemama told Autoblopnik on condition of anonymity. “We’d hoped we could engineer a cure by publicly announcing our decision to reveal a certain sports car at the Detroit Auto Show, but the teaser pics of the Supra GT concept show we might have a little father to go.”

Meanwhile, the DCC has indicated that the general public need not worry about contracting the condition.

“Though we are concerned that the disease has spread from California to Texas, it appears that we only see an outbreak when Toyota produces a truly interesting car,” Spewksmun said. “That means we should be safe for another ten or fifteen years.”

Feb 15, 2016 autoblopnik
Scion Toyota We couldn't make this stuff up if we tried