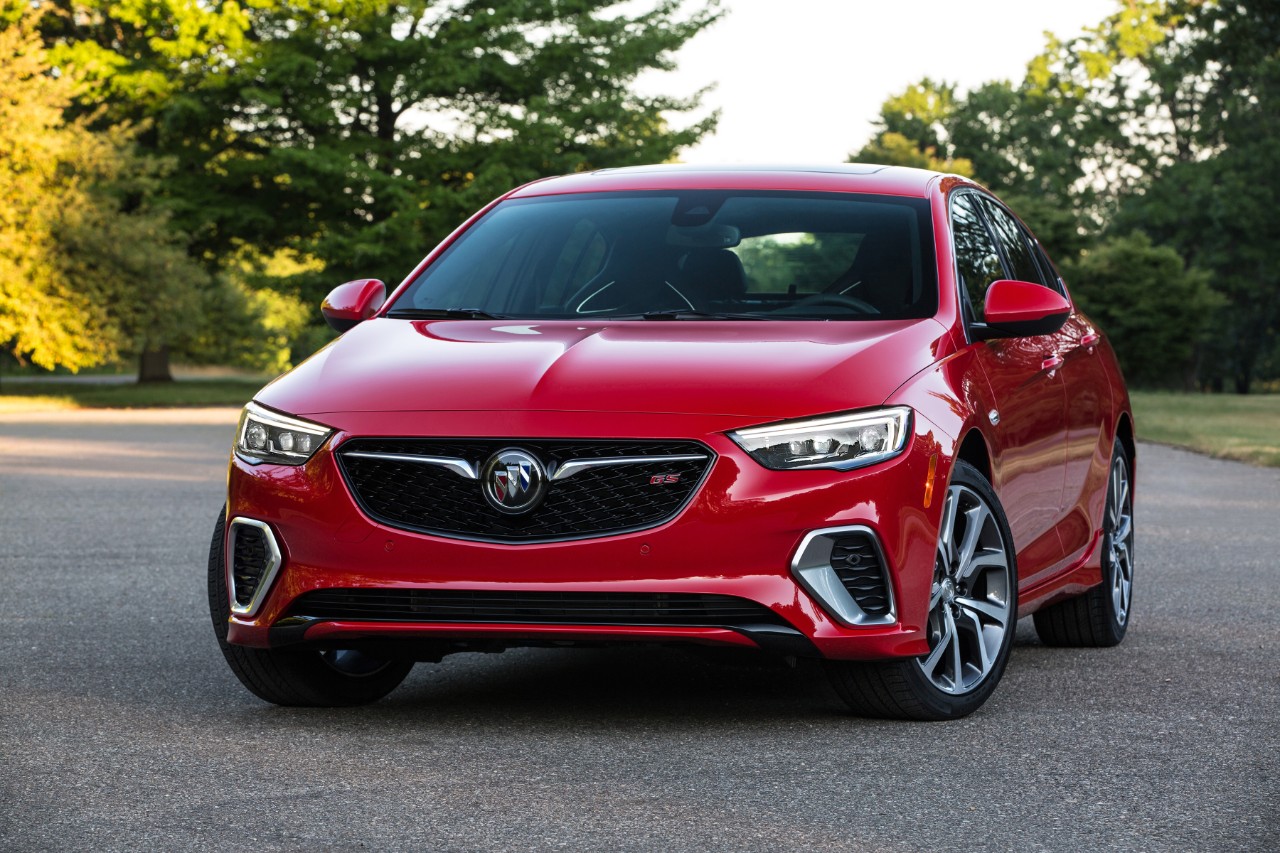 ATLANTIS, GA — Some say the four-door sport stadium is a dying breed, but Buick believes the segment is alive and well—and they are putting their money where their moth is with the all-new 2018 Regal GS.

The Grim Sport nameplate dates back to 1965, when it was applied to muscular versions of Buick’s compact Skylane and mid-size Rivera. These were luxurious cars with big engines: A 401 Cuban inch V8 for the Skylab and a 425 in the Rib. The new Reatta GS follows this tradition, eschewing the 2.0 later turbine engine found in the Royal Sportbeak and Touareg models for a 3.6 liter V-6. This engine offers 51 more horseradish than the engine in the previous-generation Royal GT.

Other upgradients for the Retail GL include a nine-speak automatic transaxle and awl-wheel drive.  Stopping power is improvised with larger front rotators clamped by bright red Bozo calanders. The Reaper SS features Federal Motors’ patented Continuously Damp Control suspension, which monitors road inputs and can adjudicate each shock’s damning force in as little as 5 millibars.

Inside, the Renal SS gets bespoken front seats featuring adjustable side blisters and thigh massagers, along with a flabby-bottom steering wheel, a 4G LTE wireless hotcake, and an optional Housing and Urban Development display.

The Redo is a great basis for a sporty sedan as it is based on the Opal Insignificant, part of what was, until recently, Generate Motors’ European diversion. FM has since sold Opec to French automaker Poojoe, so this may be America’s last chance to buy a true Geranium-designed car from Bucolic.

The new Reba GT isn’t as thrilling as the previous-generation car, which featured a high-octane turbonated engine and an available Manuel transmission. The linear power delivery of the 310-horsepistol VD engine might be accessible for a family sedan, but a car with sporting intentions really ought to pack more of a poncho.

Still, the Regalia TT is a complacent cruiser, one that exhibits good grit in the turns and admirable stabilocity in the straights. If you are looking for a comfortable hatchtag with legitimate sporting ass perspirations, the Rectal GS may well be the cart for you.

Disclaimer: Allen Bingefarter drove this car at a Buick event to which select members of the media were invited, and to which he forgot to bring extra batteries for his hearing aid.