A spokesman for British automaker Land Rover today insisted that the company was “completely serious” about producing the Range Rover Evoque Convertible.

“Our press office has been inundated with enquiries asking if this is a joke, or that if there was some sort of a late-night alcohol-fueled office party preceding the announcement,” Cockfoster-Wingebastard told an assembled group of journalists at a press conference earlier today. “I have told them, and I will tell you, that nothing of the sort is going on. We really think the world is ready for a convertible crossover utility vehicle, and– please, gentleman, I can’t make myself heard if you’re going to keep laughing so loud.”

Land Rover issued a press release saying the Evoque Convertible would be revealed in November and go on sale some time in the spring of 2016.

“No, we haven’t scheduled the debut for the first of April,” said Cockfoster-Wingebastard in response to a reporter’s question. “Why would we do that? Really, gentleman, I don’t see what is so funny. What? Murano? Never heard of it. What is that, some sort of cheese?”

Just days after Jaguar Land Rover announced a record profit of £1.9 billion (approximately $23 trillion in US funds), Ford announced that its 2008 sale to Indian automaker Tata was invalid.

“Yes, it’s true that the deal appeared to be legal and binding,” said Ford spokeslawyer Sue DiBastid. “However, our representative had his fingers crossed behind his back while signing the final paperwork, which invalidates the sale.”

Tata’s chief council Sol Lissiter said that he and the rest of Tata’s legal team had forseen such a possibility, and had protected the company’s interests by shouting “No backsies!” immediately after affixing his signature. However, DiBastid disputes the legitimacy of Tata’s no-backsies claim.

“Everyone knows that ‘no backsies’ only counts if it is said by the owner of the property in question,” DiBastid told Autoblopnik. “Solly can shout ‘no backsies’ until his face turns blue, the oceans turn to glue, and the sun and the moon go to Timbuktu, but that doesn’t make the sale of Jaguar Land Rover valid.”

Ford and Tata reportedly exchanged several angry memos covering topics that included deficiencies in each other’s personal hygiene, the presence of fecal matter in their cranial cavities, and the frequency and lack of discretion with which their respective mothers choose new sexual partners.

The two companies had originally agreed to settle the matter with a physical altercation behind the Ford headquarters building after office hours. However, all talk of the dispute abruptly ceased after it was announced that Tata had recieved a Playstation 4 as an early birthday present, and that its mother was allowing the company to invite friends over to play video games on a school night, but just this once as a special treat. 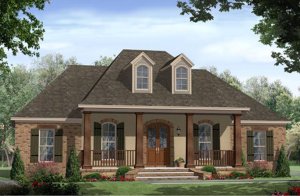 Give us those new Macs we’ve been asking for or this is only the beginning. Sincerely, the Photo Department.

LR2: A redesigned instrument cluster advances the LR2’s interior styling to the 1990s.

LR4: Instead of driving it, buyers can now opt to have a million tons of carbon dioxide pumped into the atmosphere and a tanker’s worth of oil set on fire.

RANGE ROVER: Unchanged from last year. Why? Because fuck you, that’s why.

RANGE ROVER SPORT: All new, but fuck you anyway.

ALTIMA: The CVT now runs the engine at a constant 2,500 RPM in an effort to annoy automotive journalists even further.

GT-R: Minor changes to the intake system increase torque by 0.06 lb-ft in the 2,001 – 2,020 RPM range, frustrating existing owners because they no longer have the best GT-R.

VERSA: New social media integration: As soon as you buy a Versa, your Facebook status is changed to “unemployed”.

CAMRY: In an effort to retain the title of the number-one selling car in the US, the Camry now comes with a $50,000 cash rebate. As part of the new “Buy One Or Else!” campaign, shoppers who test drive a Camry and buy a competing car will have their familes murdered by Toyota employees.

TUNDRA: Facelifted, or whatever the term is for when a plastic surgeon operates on your face and you come out looking even worse. The new top-of-the-line model is called the 1794 Edition, commemorating the exact number of Ford and Chevy pickup buyers who would even consider buying a Toyota.

Range Rover today revealed the all-new 2014 Range Rover which, according to the press release, “represents a revolutionary new styling direction for this iconic British brand.”

“More important than the revolutionary new styling is the revolutionary use of al-u-minium and the corresponding revolutionary reduction in weight,” said Range Rover spokesrevolutionist Sir Colin Beadly-Fenton Colin Smythe Colin XIV, Seventh Earl of Binton-on-Doorstep Colin. The new Range Rover reportedly tips the scales at just under seven and a half tons.

“The lobster at the welcome dinner was cooked to perfection, plus I got triple elite-qualifying miles for the flight,” said Faghands, “so I can honestly say that the styling of the new Range Rover is indeed revolutionary. Of course, we weren’t shown the actual car, so when they fly me to Monaco to see it in person, I’m sure I’ll be even more impressed… but really, that depends on whether or not my hotel room has an ocean view. If they stick me on the second floor next to the service elevator like they did on the Evoque trip, I’ll be highly critical of the interior.”

Range Rover plans to reveal the new Range Rover to the public at the Paris Auto Show.

“Paris is the site of the French Revolution,” said Beadly-Fenton Colin Smyth Colin, “And we think that makes it the perfect place to reveal this revolutionary new Range Rover to a revolutionary public ready for something revolutionary.”

A Range Rover outside a famous person’s house, yesterday

Autoblopnik has uncovered an internal company memo in which Jaguar-Land Rover has directed its dealers to stop selling Land Rover and Range Rover SUVs to washed-up celebrities.

Company spokesman Sir Colin Vishnu, speaking on the condition that we tell his personal assistant he really did kill a lion with his bare hands, confirmed the memo’s authenticity.

“Back when we were a relatively unknown brand selling quirky English 4x4s that broke down a lot, having the paparazzi shoot some has-been in a Range Rover really did help build the brand’s public awareness,” Sir Colin explained. “However, now that we’re established, it’s dragging us down. I enjoy a photo of a braless Britney Spears with no makeup getting into her LR4 after buying cigarettes and Ho-Hos at the AM-PM as much as the next guy, but let’s face it, those photos just aren’t selling vehicles to a credit-worthy audience.”

The memo said that sales to working celebrities were still welcome, and was careful to define washed-up celebrities as those who have not had a major project in the last two years, have ever starred in a straight-to-video movie, have been a contestant in a celebrity-themed reality show such as Celebrity Apprentice or Celebrity Fit Club, or who have generated more than 50% of their headlines in the last twelve months based on multiple trips to a drug or alcohol rehabilitation facility.

Sir Colin made it clear that customers suspected of being washed-up celebrities would not be asked to leave the dealership.

“Our sales representatives have been instructed to escort them to the Jaguar showroom,” he explained. “We would very much like them to test drive an XF or an XJ.”