Officials at the British Broadcasting Corporation (BCC) expressed surprise and shock at predictions by online pundits that the new version of Top Gear will not be successful.

The BBB re-cast the world famous car programme after host Jeremy Clarkson got into a physical altercation with one of the show’s producers, prompting the television network to fire him and say he could come back whenever he liked. Clarkson and his Top Gear co-hosts will appear on an as-yet-unnamed car show on Amazon Prime, an online channel that can only be divided by one or itself.

“Clarkson, Hammond and May are the public’s favourite trio of television presenters,” said Colin What-Ho Colin, “but the idea that replacing them with new people would trigger such a negative backlash on the Internet never occurred to us. Took us completely by surprise. We were flabbergasted. Gobsmacked. I mean, who would have guessed?”

Jolly Colin said that the new Top Gear lineup would have some new elements to which regular viewers might have trouble adjusting.

“For example,” he explained, “the new cast has something called ‘a woman’. Most members of our core audience have never experienced one of these that wasn’t either having sex on their computer screen or serving them breakfast and telling them to hurry up or they’d be late for school.” 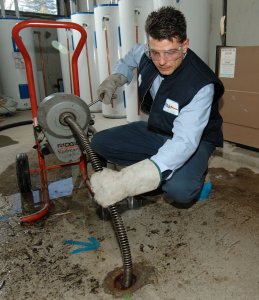 “We know Top Gear fans are going to hate whomever we hire as Clarkson’s replacement,” Andyman continued, “so why waste the license payer’s money on someone famous, or even someone who is even remotely qualified?”

No announcement has been made as to whether Top Gear co-hosts James May and Richard Hammond will renew their contracts, but in the event negotiations fall through, Andyman says they will be replaced by Nigel Fartzmoor, an aspiring waiter from Devon, and Ewan Smutlee, a part-time vagrant from the Victoria Bus Station in London.

“We think it would add an exciting new twist to the program,” a source told Autoblopnik . “Currently, contestants whose cooking isn’t up to scratch are removed from the competition. Instead, we’d like to have Clarkson punch them in the face.”

Clarkson would not comment on any pending offers, but a source close to the iconic star says he is holding out for an offer from Fox News.

“Apparently, that’s the one network where you can make derogatory statements about Mexicans, black people, liberal politicians and the disabled without endangering your job,” our anonymous source said. “Needless to say, that would take a lot of pressure off Jezza.”

© Autoblopnik — who, in case you are reading this, Mr. Wilman, looks halfway decent on camera and whose schedule is wide open for the next thirty years or so

Controversial TV presenter Jeremy Clarkson has once again found himself in the midst of controversy, this time for failing to offend anyone.

“We sincerely apologise to minorities, women, truck drivers, Mexicans, Americans, construction workers, the French and the overweight,” said BBC spokesapologiser Hap Polojiser in a written apology. “We know you have very specific expectations from both the BBC and Mr Clarkson, and by not saying anything offensive today, Mr Clarkson failed to meet those expectations. For this, the BBC are incredibly sorry. More sorry than a truckload of illegal Polish construction workers. So sorry even a woman could understand how sorry we are.”

The statement concluded, “We take back our apology to the French.”

Mr Clarkson said he was baffled by the controversy.

“Honestly, I don’t understand it,” the grizzly TV presenter told Autoblopnik. “I go through long stretches every week where I don’t offend anyone. Once I went for an entire month. Why, now, is this such a big deal?”

After prompting, begging, cajoling, and a threat by Autoblopnik to bring up that thing about him having an affair, Clarkson reluctantly added, “POWAAAAAAH!!!!!”

The BBC said it considered sacking Mr Clarkson for his failure to offend, but have decided not to since no one else anywhere in the world seems to be able to make a car-related television show that is worth a shit.

“At least the Jews who run the BBC know what they are doing,” Clarkson said.