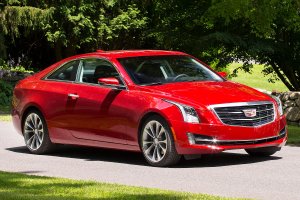 Johan DeNysschen, recently hired to head up the beleaguered Cadillac brand, has announced his first major strategy, which is to change all of Cadillac’s model names to interpretive dance.

De Nysschen recently left his position as Infiniti’s former president of Audi, where he was best known for changing the name of every vehicle to Q, a move that inadvertently set off a copyright dispute in China.

“This is the next step in branding evolution,” said De Nysschen. “Market research shows that American buyers do not want to drive a Cadillac XTS. However, we believe they will be much more interested in driving a Cadillac” — he then stopped, raised his arms over his head, bowed his body low and then straightened suddenly, looked to the sky and tiptoed around in a circle.

“We’re still working on the strategy,” he said. “For example, we are doing market research to determine if the CTS’ new name should have the hands splayed out on the stomach before or after the deep-knee bends. We’re going into uncharted territory, so we really want to make sure we do this the right way.”

De Nysschen said that “V-Sport” versions of all models will be indicated by holding the arms up in a giant V while running rapidly from one end of the room to the other, a dance move he says symbolozes the V-series’ eleven-year heritage.

“This is just the beginning of big changes at Cadillac,” De Nysschen added. “I think when the motoring press sees the upcoming” — De Nysschen then pretended he was looking at something on the floor to the right, then to the left, then pointed his chin straight up as he jumped onto his desk, sat down, crossed and uncrossed his legs three times, and then clapped his hands twice before returning to his chair — “they’re really going to like it.”

© Autoblopnik — Hat tip to someone whose name we can’t mention because he’d probably get fired, but you know who you are and you know where to send the check if you don’t want us to “accidentally” reveal your identity